The Ricardian Law of Comparative Advantage

Even the most hostile critics of the Ricardian system have granted that at least David Ricardo made one vital contribution to economic thought and to the case for freedom of trade: the law of comparative advantage.

In emphasizing the great importance of the voluntary interplay of the international division of labor, free traders of the 18th century, including Adam Smith, based their doctrines on the law of “absolute advantage.” That is, countries should specialize in what they are best or most efficient at, and then exchange these products, for in that case the people of both countries will be better off. This is a relatively easy case to argue. It takes little persuasion to realize that the United States should not bother to grow bananas (or, rather, to put it in basic micro terms, that individuals and firms in the United States should not bother to do so), but rather produce something else (e.g., wheat, manufactured goods) and exchange them for bananas grown in Honduras. There are, after all, precious few banana growers in the US demanding a protective tariff. But what if the case is not that clear-cut, and American steel or semi-conductor firms are demanding such protection? 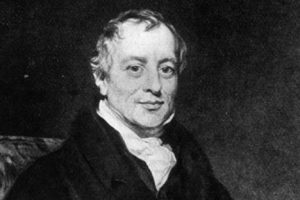 If, then, the government of Country A imposes a protective tariff on imports of commodity Y, and it forcibly maintains an industry producing that commodity, this special privilege will injure the consumers in Country A as well as obviously injuring the people in Country B. For Country A, as well as the rest of the world, loses the advantage of specializing in the production of what it is most best at, since many of its scarce resources are compulsorily and inefficiently tied up in the production of commodity Y. The law of comparative advantage highlights the important fact that a protective tariff in Country A wreaks injury on the efficient industries in that country, and the consumers in that country, as well as on Country B and the rest of the world.

Another implication of the law of comparative advantage is that no country or region of the earth is going to be left out of the international division of labor under free trade. For the law means that even if a country is in such poor shape that it has no absolute advantage in producing anything, it still pays for its trading partners, the people of other countries, to allow it to produce what it is least worst at.

In this way, the citizens of every country benefit from international trade. No country is too poor or inefficient to be left out of international trade, and everyone benefits from countries specializing in what they are most best or least bad at — in other words, in whatever they have a comparative advantage.

Until recently, it has been universally believed by historians of economic thought that David Ricardo first set forth the law of comparative advantage in his Principles of Political Economy in 1817. Recent researches by Professor Thweatt, however, have demonstrated, not only that Ricardo did not originate this law, but that he did not understand and had little interest in the law, and that it played virtually no part in his system. Ricardo devoted only a few paragraphs to the law in his Principles, the discussion was meager, and it was unrelated to the rest of his work and to the rest of his discussion of international trade.

The discovery of the law of comparative advantage came considerably earlier. The problem of international trade sprang into public consciousness in Britain when Napoleon imposed his Berlin decrees in 1806, ordering the blockade of his enemy England from all trade with the continent of Europe. Immediately, young William Spence (1783–1860), an English Physiocrat and underconsumptionist who detested industry, published his Britain Independent of Commerce in 1807, advising Englishmen not to worry about the blockade, since only agriculture was economically important; and if English landlords would only spend all their incomes on consumption all would be well.

Spence’s tract caused a storm of controversy, stimulating early works by two noteworthy British economists. One was James Mill, who critically reviewed Spence’s work in the Eclectic Review for December 1807, and then expanded the article into his book, Commerce Defended, the following year. It was in rebuttal of Spence that Mill attacked underconsumptionist fallacies by bringing Say’s law to England. The other work was the first book of young Robert Torrens (1780–1864), an Anglo-Irish officer in the Royal Marines, in his The Economists Refuted (1808).

It has long been held that Torrens first enunciated the law of comparative advantage, and that then, as Schumpeter phrased it, while Torrens “baptized the theorem,” Ricardo “elaborated it and fought for it victoriously.”

It turns out, however, that this standard viewpoint is wrong in both its crucial parts, i.e., Torrens did not baptize the law, and Ricardo scarcely elaborated or fought for it. For, first, James Mill had a far better presentation of the law — though scarcely a complete one — in his Commerce Defended than did Torrens later the same year. Moreover, in his treatment, Torrens, and not Mill, committed several egregious errors. First, he claimed that trade yields greater benefits to a nation that imports durable goods and necessities as against perishables or luxuries. Second, he claimed also that advantages of home trade are more permanent than those of foreign trade, and also that all advantages of domestic trade remain at home, whereas part of the advantages of foreign trade are siphoned off for the benefit of foreigners. And finally, following Smith, and anticipating Marx and Lenin, Torrens asserted that foreign trade, by extending the division of labor, creates a surplus over domestic requirements that must then be “vented” in foreign exports.

Six years later, James Mill led Robert Torrens again in presenting the rudiments of the law of comparative advantage. In the July 1814 issue of the Eclectic Review, Mill defended free trade against Malthus’s support for the Corn Laws in his Observations. Mill pointed out that labor at home will, by engaging in foreign trade, procure more by buying imports than by producing all goods themselves. Mill’s discussion was largely repeated by Torrens in his Essay on the External Corn Trade, published in February of the following year. Furthermore, in this work, Torrens explicitly hailed Mill’s essay.

Meanwhile, at the very time when this comparative cost ferment was taking place among his friends and colleagues, David Ricardo displayed no interest whatever in this important line of thought. To be sure, Ricardo weighed in to second his mentor Mill’s attack on Malthus’s support for the Corn Laws, in his Essay on … Profits, published in February 1815. But Ricardo’s line of argument was exclusively “Ricardian,” that is, based solely on the distinctive Ricardian system. In fact, Ricardo displayed no interest in free trade in general, or in the arguments for it; his reasoning was solely devoted to the importance of lowering or abolishing the tariff on corn.

This conclusion, as we have noted, was deduced from the distinctive Ricardian system, which was to be fully set forth two years later in his Principles. For Ricardo the key to the stifling of economic growth in any country, and especially in developed Britain, was the “land shortage,” the contention that poorer and poorer lands were necessarily being pressed into use in Britain. In consequence, the cost of subsistence kept increasing, and hence the prevailing (which must be the subsistence) money wage kept increasing as well. But this inevitable secular increase of wages must lower profits in agriculture, which in turn brings down all profits. In that way, capital accumulation is increasingly dampened, finally to disappear altogether. Lowering or abolishing the tariff on corn (or other food) was, for Ricardo, an ideal way of postponing the inevitable doom. By importing corn from abroad, diminishing fertility from corn land is deferred. The cost of corn, and therefore of subsistence, will fall sharply, and therefore money wage rates will fall pari passu, thereby raising profits and stimulating capital investment and economic growth. There is no hint in any of this discussion of the doctrine of comparative cost or anything like it.

But how about the mature Ricardo, the Ricardo of the Principles! Once again, except for the three paragraphs on comparative advantage, Ricardo displays no interest in it, and he instead repeats the Ricardian system argument for repeal of the Corn Laws. Indeed, his discussion in the rest of the chapter on international trade is couched in terms of the Smithian theory of absolute advantage rather than of the comparative advantage found in Torrens and especially in Mill.

The three paragraphs on comparative advantage, furthermore, were not only carelessly worded and confused; they were the only account, brief as they were, that Ricardo would ever write on comparative advantage. Indeed, this was his only mention at any time of this doctrine. Even Ricardo’s sudden reference to Portugal and his absurd hypothesis that the Portuguese had an absolute advantage over Britain in the production of cloth, seem to indicate his lack of serious interest in the theory of comparative cost.

Furthermore, Ricardo’s views on foreign trade in the Principles received almost no comment at that time; writers concentrated on his labor theory of value, and his view that wage rates and profits always move inversely, with the former determining the latter.

If Ricardo had no interest in the theory of comparative advantage, and never wrote about it except in this single passage in the Principles, what was it doing in the Principles at all? Professor Thweatt’s convincing hypothesis is that the law was injected into the Principles by Ricardo’s mentor James Mill, whom we know wrote the original draft, as well as the revisions, for many parts of Ricardo’s magnum opus. We know also that Mill prodded Ricardo on including a discussion of comparative cost ratios. As we have seen, Mill originated the doctrine of comparative cost, and led in developing it eight years later. Not only that: while Ricardo dropped the theory as soon as he enunciated it in the Principles, Mill fully developed the analysis of comparative advantage further, first in his article on “Colonies” for the Encyclopedia Britannica (1818), and then in his textbook, The Elements of Political Economy (1821). Once again, Robert Torrens tailed after Mill, repeating his discussion with no additional insights in 1827, in the fourth edition of his 1815 Essay on the External Corn Trade.

And so, once again, James Mill, by the force of his mind as well as his personal charisma, was able to foist an original analysis of his own on to the “Ricardian system.”

It is true that Mill was every bit a fan of the Ricardian system as Ricardo himself; but Mill was a man of far broader scope and erudition than his friend, and was interested in far more aspects of the disciplines of human action. It seems possible that Mill, the inveterate disciple and Number 2 man, was Number 1 man far more often than anyone has suspected.